“Independent craft beer brewery and tap founded in 2017. We make beers for the people and beers you can believe in.” 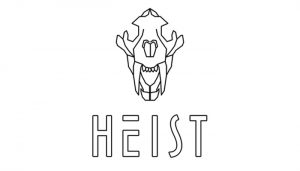 Before opening their taproom next to Cutlery Works in Kelham Island, Sheffield, Heist Brew Co have started offering their beautiful hand-crafted beers and merch on their own iBe Ordering mini-site! You’re able to pre-order copious amounts of beer and gin through the week to be delivered on Fridays before the weekend kicks off! Simply choose your delivery slot when you check out and your treats will arrive around then.

Heist have been famed for their taproom not having a roof for a good while, as the site is amongst the many old industry buildings in the Kelham Island area. People have driven past or visited Cutlery Works next door, and wondered “When’s roof goin’ on?”, sparking them to include said phrase in their line of custom-made merchandise.

Whether it’s a Christmas gift for a beer-lover you know, a treat to take your mind off which tier the government has put you in, or just fancy some top quality beer and gin, Heist Brew Co has got you sorted. Their ‘Pub in a box’ selections completely take any of the work out of having a (socially-distanced) get-together and kicking back with the pals. Pair that with one of their gins, and I’m sure that’ll be a night to remember.

Sorry, the comment form is closed at this time.

Go back to Blog Page